Florida’s Double-Headed Lovebug: What They Are, How to Get Rid of Them, and What You Can Do To Protect Your Home 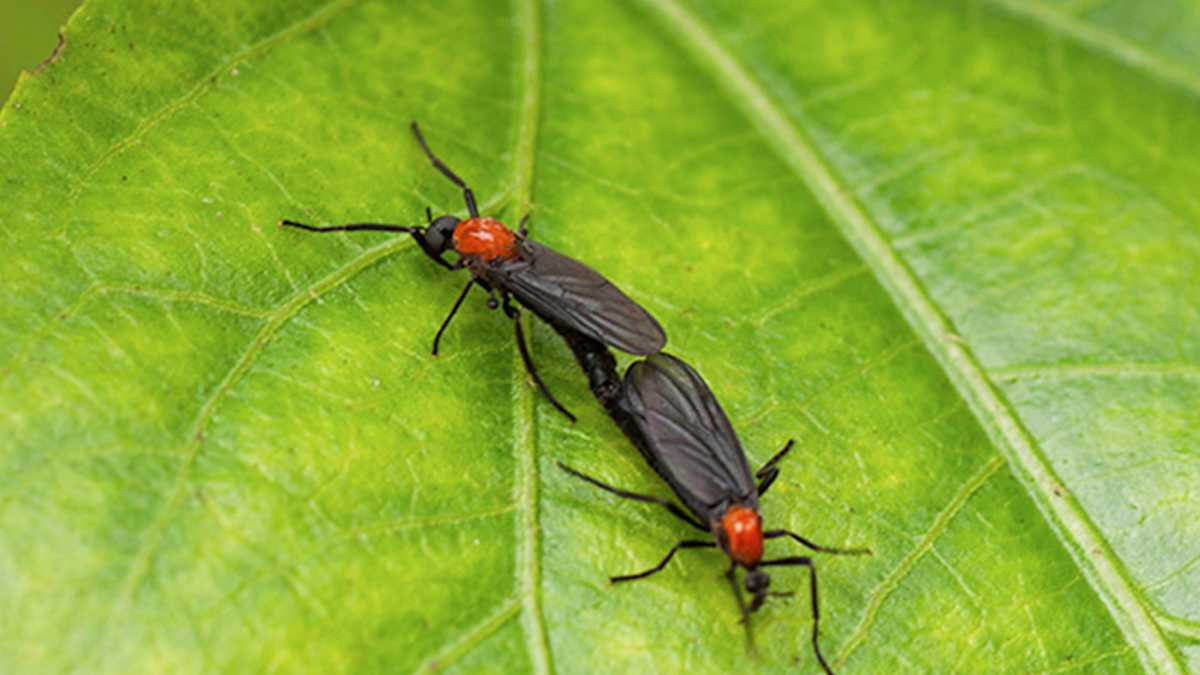 What is a Lovebug?

The lovebug (Plecia nearctica) is a species of march fly found in parts of Central America and the southeastern United States, especially along the Gulf Coast. It is also known as the honeymoon fly or double-headed bug. During and after mating, matured pairs remain together, even in flight, for up to several days.

Localized lovebug flights can number in the millions. Male/female pairs (joined tail-to-tail) will hover in the air, drifting slowly. Two major flights occur each year; the spring flight occurs in late April and May, and the summer flight occurs in late August and September. Flights extend over periods of four to five weeks. In south Florida, a third (but smaller) flight can occur in December. Mating takes place almost immediately after the emergence of the females. Adult females live only three to four days, while males live a little longer. They have to stick to each other at all times.

What to Do If You Have Lovebugs

If you have lovebugs in your home, the best thing to do is remove them as soon as possible. You can do this by hand or with a vacuum cleaner. Be sure to dispose of the bugs and their eggs properly so they don’t come back.

Lovebugs are more active during the daytime hours, so it’s important to take action quickly if you see them around your home. They can be attracted to light colors and heat sources, like your car and the roadways.

Lovebugs are a type of pest that can cause damage if not removed. They have an acidic body, which can be harmful to your car’s paint job over time.

Ways of Getting Rid of Lovebugs

Lovebugs can be a major nuisance, but there are ways to get rid of them. An ounce of prevention is worth a pound of cure, so it’s important to take some preventative steps before they become a problem. Cleaning your vehicle with soapy water will help keep them from sticking, and waxing your car before their mating season will make it harder for them to stick and make you less susceptible to an infestation while driving around Florida during the summer months.

If you already have an infestation, there are a few things you can do. Get rid of standing water by spraying the place with essential oils before they become a problem. Clear debris from your yard, which can attract female lovebugs and cause a problem when they lay their eggs. You can try to suck them up via vacuum or use insecticides if all else fails. Be aware of your home’s humidity and make sure that you have no standing water in either storage spaces or the yard- this will help reduce the chances of an infestation.

If you’re having trouble getting rid of lovebugs on your own, you may want to call a pest control company. Any reputable company will tell you that there is not much they can do to help get rid of these pests other than what is suggested above. It could be part of a bigger problem and may need the help of a reputable company.

All American Pest Services can help determine if you need to do anything above and beyond the basic suggestions above or if there are any other problems that may be causing this or other infestations in your home.